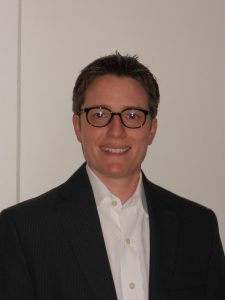 Each academic year, the Women’s, Gender, and Sexuality Studies Program awards a faculty member with the Linda Arnold Carlisle Faculty Research Grant to support research or creative work related to our program. Dr. Jennifer Feather, Assistant Professor of English, is the winner of the 2019-2020 Linda Arnold Carlisle Faculty Research Grant. Her research asks what protections from abusive authority looked like before this discourse of rights was fully developed and discovers that playwrights of the English Renaissance (1485-1660) turned to the 1st century Roman poet, Ovid of Nasso, to provoke a public conversation about abuses of authority.  In so doing, they asked a broad public audience to consider which actions were cruel and which were just, how they might be complicit in the suffering of others, and how abuses of authority might be redressed.  This research, thus, also considers the role of the public theater in shaping communal responses to abusive of authority.

The discourse of rights has been absolutely crucial to global feminisms, helping articulate protections for women and serving to imagine more equitable futures.  However, the framework of rights also has significant limitations.  Like all frameworks, the discourse of rights has a history.  The historic connection between modern rights discourse and the European Renaissance and Enlightenment has shaped how we think about protections from abusive authority.  It is no surprise that the early European women’s movements,  for instance, take up the discourse of rights with important texts like Mary Wollstonecraft’s Vindication of the Rights of Women.  Embedded in this history, the protection of “human rights” continues to involve a specific cultural idea of what constitutes a good life as well as a specific idea of how to protect that life.  The discourse of rights works to protect individual autonomy – one’s ability to pursue her interest in the way that she chooses – and property.  Moreover, it protects these ideas of human dignity primarily through legal institutions that seek to punish those who abuse authority and to prevent further abuses.  Both the idea of what rights are being protected and how they should be protected have come under increasing strain in the global, twenty-first century context.

Linda Arnold Carlisle Faculty Research Grants are awarded to UNCG faculty to support research or creative activity related to women’s, gender, and sexuality studies. All full-time faculty who have not received the Carlisle Grant within the past three years are eligible to apply. Grants are awarded based on the quality and completeness of the proposal, significance of the project, its implication for women’s, gender, and sexuality studies, and the significance of the project to the applicant’s career and future plans.

Carlisle Faculty grants provide a stipend of $1500 to support tenure-stream faculty research.  The funds should be used between July 1st and June 30th of the academic year of the award.  Typically each grant recipient gives a presentation of their research in the Spring of the award year.

Applications are available electronically and may be submitted via email with subject line “LAC Faculty Grant Application” to wgss@uncg.edu.  All applications must be received by 5PM on Friday, March 13th, 2020.

2018-2019: Yarneccia D. Dyson
Assistant Professor of Social Work
“Herstory: The Use of Womanism as an Epistemological Lens to Explore Sexual Health Risks and Lived Experiences of Women of Color in College Aged 18- 29”

2010-2011: Lisa Levenstein
Department of History
“Don’t Agonize, Organize” Displaced Homemakers and the Decline of the Family Wage in the Postwar United States

2007-2008: Alexandra Schultheis Moore
Department of English
“The Songs and Sentences of the Drapchi 14”

2006-2007: Jennifer Keith
Department of Music
“The Poems of Anne Finch: A Critical Edition”

2000-2001: Lucinda Kaukas
Department of Housing and Interior Design
“Re-Placing Women in the History of Modern Architecture and Design”

1997: Dr. Jude Rathburn
Bryan School of Business
“Women Working Together as Friends and Collaborators: Building a Community of Scholars”